My TEACHERS in VAASTU 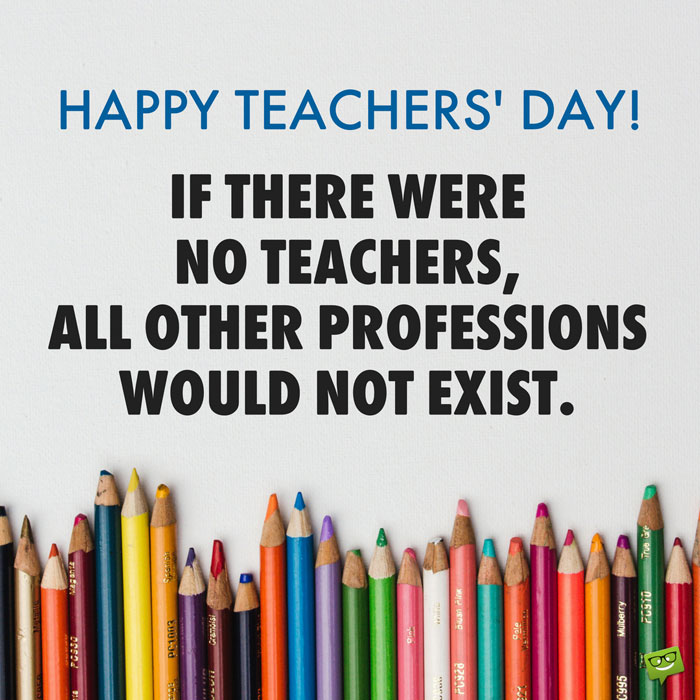 “It is the supreme art of the teacher to awaken joy in creative expression and knowledge.” – Albert Einstein

Annually on September 5, we celebrate National Teacher’s Day to express our gratitude and honour the teachers in our lives that have influenced us and taught us about everything the world has to offer. This day was designated in 1962 as a celebration of one the greatest teachers our country has ever seen, Dr. Sarvepalli Radhakrishnan. His birthday serves as a day for celebration for all the students and their teacher.

My Gurus in Engineering and Vaastu

My father is a strong communist from the day I know him. He never believed in ancient wisdom of India even though his brothers and sisters were God fearing people and strictly followed the so called  traditional values. Another difference is that they did not complete their high school studies while my father completed his 10th and TTC and was the only reputed learned person in the family. Maybe this could be a reason for his different attitude all together.  I am not sure whether this is an answer to my question why he became left (Communist) ?. Learned people should think differently, Shouldn’t it ? As you all know, it is an accepted fact that when you throw mud on your own sanskriti (culture) you will get elevated to a great person. People will glorify you. People may say that you are a genius. I assume this might have happened to my father too. He was a School Teacher by profession and he was my first teacher in my life too.

Eventually I became a Left in my college days to get easily noticed by others. Moreover my father tactfully diverted me towards Leftist thought process. My mother was from a Congress family and after marriage, she also followed my father’s views with some protest. She was also a School Teacher by profession and after my birth quit the job to take care of me.

During this Teachers Day, my pranams to my great father!

So many Teachers in memory. Santha Teacher in Nadayara School. KAmalamma Teacher and Kappil Gopalakrishnan Sir in Varkala Model High School. Many Teachers in Kollam Fathima College including father Rozario.

At CET (College of Engineering Trivandrum), I have many beloved teachers. Dr. Letha J is one among them (former VC, CUSAT). Dr. MM Thomas, Dr. Thangamani, Dr. Sheela are some of them from the Civil Engineering Department.
My college days in CET were over and so ended the fancy life. Real life was waiting for me to try its dirty tricks. In real life we find our real Teachers! Who teach from their experience!

Ajayan Mesiri from Menamkulam and Appu Mesiri in Varkala taught me a lot of things in Construction Engineering. Ar. Benny Kuriakose was my Guru who brought me to low cost housing as per Ar. Laurie Baker style of construction. The list will be large and if I tell about all of them you will get bored!

Anyhow I took some firm decisions, which were criticized by my family and friends. But I was adamant. One, NO Government job. Two, NO deviation from Civil Engineering.

Let me tell you the interesting story of how I was attracted to Vaastu !

While running my own firm Lal Associates in Varkala,  I made a lot plans as “Licenced A Class Engineer” (Fortunately or not, I was the only A class licensed engineer registered in Varkala Municipality at that time). The buildings constructed were normal ones and ITI/ITC qualified licenced supervisors can sign and submit. They were my biggest competitors in the design field.  I reduced my fees to even Rs.300/plan, on a competition basis to get work for my survival.

After a few months, I was invited by one of my clients to do a setting out. Setting out is the process of transferring a plan from the paper to the ground. Right Angle plays a major role in setting out. (On paper, T-Scale and Mini Drafter help to get the right angles. When I shifted my design works to CADD,  the Ortho mode in AutoCAD version 2.6 was as good as using a T-Scale and Set Squares!)

I learned a lot of things outside the Engineering College than from the college, including the setting out. Masons were my masters in my finishing school.  They were my friends too. Initially they hated the white collar supervisors. But I somehow managed to respect them and I won their confidence too.

During the setting out process,  I came across another villain also. He is the Panicker or otherwise called Thachan. He is supposed to be an expert in Vaastu Sastra. His age was not 22 as mine. He is a senior citizen with Bhasmakuri and Chandanathilakam, in traditional and respectable attire with attractive personality. I became literally a big zero in the site. But my ego was in a higher state. Somehow I managed to remain at site, with an eye to collect my fee at the end of the function!

The Thachan criticized my plan very badly and drastically changed my plan without any mercy. It broke my heart and soul. I argued with a blind statement, “these are superstitions“, “these are against Engineering”. But the Owner was not ready to listen to me. They only consulted me for the setbacks (minimum distance to be maintained from boundaries) as it was mandatory as per KBR 84 (Kerala Building Rules 1984) and my role was limited to assure the Municipality will not take action against them for violations of the Rules. In fact I was happy to become a part of the Municipality to implement the building rules. The ignorance of Thachan on building rules became my greatest weapon and I wisely used it for my existence. Later, I came to know that Thachans were the only people who designed and executed buildings under their control till the KBR was implemented in Municipalities and thus they became jobless! They were having family traditions since many generations on this job. One member was selected in each generation to practice the same and he was unquestioned till his death. Before his health gets decreasing, he brings up and establishes his successor transferring all his acquired knowledge. In my generation the younger Thachans are not coming up with traditional education. They are opting other professions for their survival. It is the sad part of the story of those who loved their traditions!

My arguments with them were beneficial to me.  I made my own statements based on modern engineering and they corrected me with their logical answers and horrifying experiences. Thus I learned ‘something’ in Vaastu from them.

I went through the experience of my relatives and familiar clients.Their experience was an eye opener for me. I understood something was there in ‘Vaastu’.

Meantime I decided to learn more on traditional Construction practices and got a book on Vaastu written by Thanneermukkam Vasu Achary. I accidentally found it in an exhibition bookstore at Sivagiri during the Sivagiri festival. But it didn’t give me any idea since it was for higher degree readers. To acquire more knowledge, we didn’t have the internet or Google at that time to learn more. (The Internet was slowly intruding into the privacy of houses with a long waiting period dial up using the land phones)

I didn’t get any literature to study more on this. The only way left was to approach my enemies, the Thachans or Acharis. One friendly Achari person came to my mind and I started interacting with him. He was an astrologer too, so his interpretation based on Astrology didn’t help me much, but I got some basic ideas on Vaastu and I understood the measurements and directions are the essence of Vaastu. In our College classes, we never learned the importance of directions. I really felt, in a building design,  we need to give priority to the directions. That time I was not convinced regarding the importance of measurements. For me designing a room with any dimension is just fine. But they said some of my measurements are in Marana Chuttu(Death Perimeter). Since I heard stories and experiences from my relatives on dangerous Perimeters, I got more confused.

All the measurements in centimeters were converted by them to some other hexadecimal like format in hasta, angular, kole, viral etc.

Time passed by. I kept my clients happy by adopting some tips and tricks I acquired from the Acharis and Thachans. My operations shifted to Kochi from Varkala. During 2000 or 2001, I happened to hear about a Seminar on Vaastu by Dr. Balagopal TS Prabhu and Dr. A Achuthan. I knew Dr. Achuthan was the president of Kerala Sastra Sahitya Parishad (KSSP). I attended the seminar and it changed my life. I got scientific answers to most of my queries when I attended the Diploma course by Dr.Prabhu and Vaastuvidyapratishtanam.

I found that 30 percent of the designs I made were accidentally Vaastu compliant (at least by 50%). It happened coincidentally, like blind man throwing stones to a mango tree to get mangoes.  The rest of the plans were just ok since I applied some tips and tricks I learned from the veterans at that time.

Recently, I have been insisting to my clients that I shall give a Vaastu compliant design, even if they are not aware or they are not demanding for it. Some clients when particularly wanted to change the dimensions, I am forced to change it telling that the dimensions are not proportional. I won’t tell you it is in Maranachuttu. We shouldn’t frighten the clients by unnecessary putting in some belief systems.

Also another thing I noticed is that I take more time (3 times more) to make a Vaastu compliant design than an ordinary design where you can keep the rooms in any position and building in any direction and shape with feasible dimensions and save time.

Today I am in a position to answer most of the queries related to Vaastu, since I learned it for my satisfaction. My book published in 2005, “Kettidam Paniyum Munpe” contains one chapter on Vaastu for residential buildings.  My website www.vaastu4all.com is also a good reference for new Vaastu aspirants. 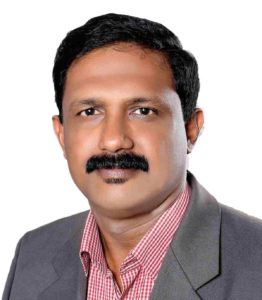 Hello. I am a freelance Civil Engineer. I live in a small town in Kerala, India. I write about the construction industry and advancements in Civil Engineering profession. Being an engineer, I believe that technology should ease the life of common man and it should catalyze in creating a new world for them! 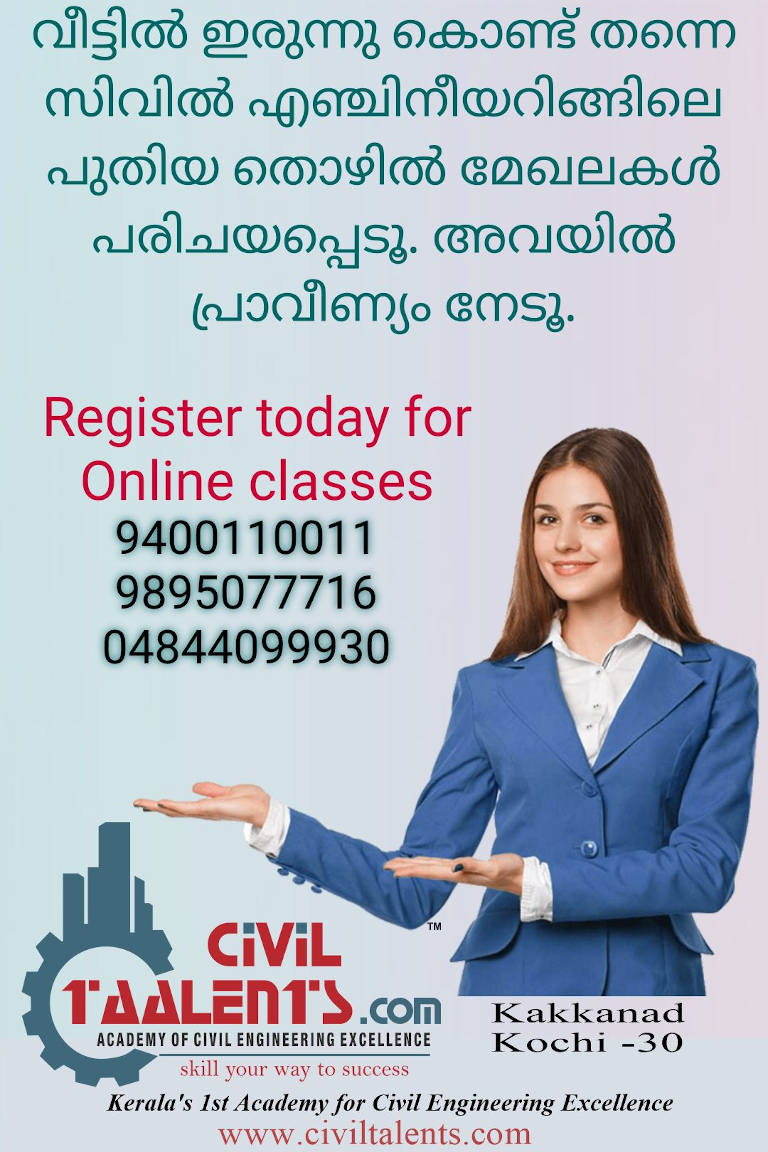